Attorney Matthew R. Arnold answering the question: “What exactly is a wrongful death claim?”
A church family in Statesville, NC is grappling with a tragedy this morning after a bus carrying members of the congregation crashed in eastern Tennessee. The terrible accident left eight people dead and 14 other seriously injured. 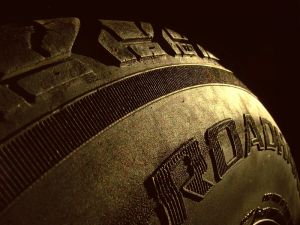 According to authorities, at least six of the eight people who died in the crash were thought to be members of the Young at Heart program. The group was made up of senior citizens at the Front Street Baptist Church. All of the 14 people who were identified as injured were senior citizens. Officials with UT Hospital say two of those injured were still in critical condition as of Thursday morning.

Emergency responders say that the church bus was carrying 18 people at the time of the horrific crash. The group was heading back home to Statesville from the recent Fall Jubilee Conference in Gatlinburg. Authorities say that the deadly chain of events began when a front tire on the bus blew out as it was heading east on I-40. The bus then crossed the median and slammed into the front of an oncoming tractor-trailer and SUV. The force of the accident caused the bus to flip over and resulted in a fire in the tractor-trailer.

Police say six of those killed were on the church bus while two others were in the vehicles hit by the out of control bus. Jefferson County emergency officials who responded to the wreck said that the incident marked the deadliest crash in the county in decades.

Tire blowouts are a constant danger to motorists, but when they happen on large buses it can be especially dangerous. A large commercial vehicle can easily lose control after a tire blowout, endangering not only passengers in the vehicle, but all those drivers in the vicinity given the size and speed of such commercial vehicles.

In this case, it is not clear whether the tire blowout was caused by a problem on the interstate or instead due to an issue with the tires on the bus. It’s not uncommon for such tire problems to result from the failure of bus companies to properly maintain their vehicles in accordance with federal laws contained in the FMCSA. These laws are meant to ensure that commercial vehicles do not fall into dangerous disrepair, something that can jeopardize the lives of many innocent motorists. Regular inspections are mandated to help identify problems with tires that can lead to a blowout, including worn tire treads or tires that are not properly inflated. If a bus company fails to perform inspections as required and a tire blowout occurs, the company can be held liable for the consequences.