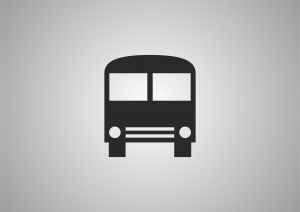 According to Fox Charlotte, a CATS bus in Charlotte, NC and a motorcycle were involved in a crash on the 1500 block on N. Tryon Street at 10:25 one night earlier this week.

The bus was making a left turn from N. Tryon Street onto Dalton Avenue. The 1999 Yamaha Motorcycle was traveling south on N. Tryon Street when the bus turned in front of it. According to police, the motorcyclist was transported to the Carolinas Medical Center by MEDIC with life-threatening injuries.

The bus had 12 passengers on board at the time of the crash. One passenger was transported to the Carolinas Medical Center by MEDIC with minor injuries. The crash is being investigated by the Charlotte-Mecklenburg Police Departments Major Crash Investigations Unit and no charges have yet been filed.

According to statistics published by the CDC, if a motorcycle rider is involved in an accident, the likelihood of injury or death is incredibly high: a whopping 98% of accidents involving another motor vehicle resulted in serious injury to motorcyclists. Of that stunningly large group, 45% escaped with only a minor injury meaning the majority weren’t so lucky and suffered serious, likely life-altering injuries.

The most common injuries inflicted on motorcyclists include concussions and brain damage. The dangers associated with such head traumas can be greatly reduced by wearing a helmet; in fact, numbers show that wearing a helmet can reduce a rider’s risk of death by 37%.

Other common injuries include the breakage of joints in elbows, shoulders, hips, knees and wrists. Soft tissue damage or “road rash” is also common because of how the body slides across the surface of the road following a crash. This kind of injury can be avoided by wearing the proper riding apparel such as a riding jacket and sturdy pants.

The best way to avoid injury is to not be involved in an accident in the first place. This is best achieved by being wary of other drivers, not taking unnecessary risks, and obeying the rules of the road at all times.

As North Carolina personal injury attorneys we have represented many personal injury claimants. Injuries sustained by motorcyclists can be very painful and require significant time and medical attention to recover from. Given the vulnerability of motorcyclists, all drivers should be extra vigilant in watching for and yielding to motorcycles when out on the state’s roadways.

The victim, or his loved ones, should consider speaking with a North Carolina personal injury lawyer to weigh their legal options. If you, or someone you know, have any questions regarding personal injury claims, please feel free to contact the experienced Charlotte, North Carolina car wreck lawyers at Arnold & Smith, PLLC for a free consultation. Call at 704-370-2828.