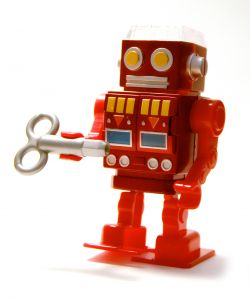 Who doesn’t love a new gadget? Whether it’s the latest iPhone or a new videogame console, we all love our technology. Sometimes, though, this rush can be to our determent. A good example of the danger of rushing involves the da Vinci Surgical Robot.

According to the manufacturer, Intuitive Surgical, the device makes a surgeon’s job much easier, allowing smaller incisions and increased recovery time. The manufacturer says the da Vinci Robot can be used to treat obesity, endometriosis, throat cancer, prostate removal, kidney cancer, coronary artery disease, and gallbladder removal. The robot has four arms: three for surgical instruments and a fourth with an attached camera. It claims to give doctors an increased range of motion and to provide a less invasive way of achieving many traditional surgeries. Sounds wonderful. Sadly, as is often the case, there’s more to the story.

While the benefits touted by the manufacturer may be true to an extent, there have also been reports of serious injuries related to the use of the robot. Part of the problem appears to be a rush to train surgeons who are being put in control of the powerful machines before they are ready. Patients who have been injured by the robots have begun filing lawsuits and recently requested that a panel of federal district court judges consolidate the litigation before a single federal court.

A few years ago the Wall Street Journal ran an article on the Robot that mentioned previously little known problems associated with the device. The article recounted how one patient was so badly injured by the da Vinci that she required four additional surgeries to repair the damage caused from the machine. In other cases, two patients suffered severely lacerated bladders.

Plaintiffs who have filed lawsuits against the manufacturer claim that complications from the procedures include tears and burns to the uterus, intestines, and blood vessels, as well as vaginal cuff dehiscence – a separation of the vaginal incision, after which abdominal or pelvic contents leak out through the opening. A 2009 study noted that vaginal cuff dehiscence with small bowel evisceration after hysterectomy may occur more frequently with the advent of similar robotic laparoscopic hysterectomies.

The robot itself does not appear to be to blame; it’s actually the doctors and their lack of training that’s the problem. Intuitive Surgical only offers two days of free training for two surgeons at each purchasing hospital. Any more training and the hospitals have to go out of pocket to pay. Such a short time does not come close to meeting the training needed to properly operate such a complicated device. The Reviews in Urology journal said that a surgeon should perform up to 200 cases to be proficient with robotic surgery, far more than can be done in a only two days of training.

Intuitive Surgical says that it is up to the hospitals to create guidelines for training their doctors. Given the increasing number of lawsuits associated with the product, patients can only hope the doctors and the maker of the robot work out a solution that ensures the safety of those preparing to go under the knife.