Attorney Matthew R. Arnold answering the question: “Are the laws or rules applying to a wrongful death claim different from a personal injury not involving death?”

Police in Charlotte say they have charged an 18-year-old driver with involuntary manslaughter after a deadly accident occurred in south Charlotte last week. The hit-and-run collision left a 19-year-old driver and a three-year-old passenger dead. 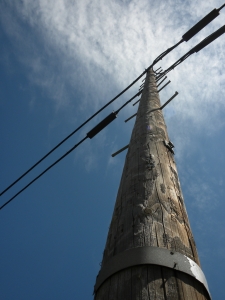 According to Charlotte-Mecklenburg police, the accident took place last Wednesday at around 6 p.m. on Sharon Road West. Authorities say a 2002 Mercy Sable collided with a utility pole near the intersection with Hopeton Road. The driver of that car, a 19-year-old named Shaquise Bush, died at the scene of the crash. A passenger in that car, Shanquise Wilson, was seriously injured and taken to Carolinas Medical Center for treatment.

Three other small children in the car, an 18-month-old girl, a 22-month-old girl and a three-year-old boy, were all critically injured. Authorities say it was after being taken to the hospital that the three-year-old succumbed to the traumatic injuries he suffered in the accident.

Police say they received a tip that a white pickup truck, driven by Uriel Eduardo Flores, was involved in the accident but took off from the crash scene before police officers were able to arrive on location. Flores later turned himself into police and was questioned by investigators about his role in the accident. Police say they are still investigating exactly what caused the deadly crash. In the meantime, Flores is now facing charges of involuntary manslaughter and felony hit-and-run.

This case highlights not only how deadly hit-and-run accidents can be, but also how senseless they are. Fleeing the scene of an accident in North Carolina is not only immoral, it’s illegal. The law is clear that anyone who leaves the scene of an accident where injuries occurred has broken the law and faces potentially serious legal consequences. Fleeing an accident scene only succeeds in making an already terrible situation much worse. Not only has the damage already been done, but by fleeing you are subjecting yourself to increased criminal sanctions.

Though the family of those killed in the crash is understandably devastated, the good news is that the person responsible for their suffering has been apprehended. Not only will Flores face criminal sanctions due to his actions, but he also faces a potential civil lawsuit for the wrongful death of those that died in the hit-and-run crash.