Freedom of speech and freedom of the press are two hot-button topics this election season. 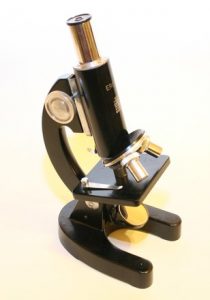 But regardless of how condemned journalists may be in many circles, a free press is not only integral to democracy, so much so that our founders protected it in our federal Constitution’s First Amendment—the press also wields incredible influence when it comes to exposing societal injustice and abuse of power.

Sometimes, reporters themselves are those accused of abusing the power they possess.

In 2010, the Raleigh News & Observer published an investigative series into the State Bureau of Investigation (SBI) and the tactics its agents employ to close cases.

The coverage was far from flattering for the state agency, and raised serious questions both as to how the SBI investigates cases and how its agents testify in criminal prosecutions.

This week, a Wake County jury awarded a $1.5 million verdict against the newspaper and one of the journalists who co-authored the series after a three (3)-week libel trial.

The person receiving the money? Beth Desmond , one of the SBI forensic firearms examiners taken to task in the N&O series.

At trial, Desmond and her attorney told jurors that the newspaper’s series gave Desmond post-traumatic stress disorder (PTSD). She testified that because of the article, she became incapable of testifying about her lab work in court without experiencing panic attacks and had to request a transfer within the state bureau.

In the main article at issue from 2010, the N&O said that some firearms experts suspected that Desmond had helped prosecutors in Pitt County win a murder conviction in 2006. It also said that independent firearms experts had questioned whether she knew anything about ballistics analysis.

Desmond said on the stand that she was not demoted at work, but the story recirculated by other publications. Defense attorneys began bringing the article up when she testified in other cases to undermine her credibility.

Specifically, the jury was tasked with determining whether the N&O accurately paraphrased or quoted the sources who allegedly questioned Desmond’s qualifications, lab work and testimony. Four (4) sources interviewed for the 2010 article testified in the libel trial that their words were either taken out of context or misquoted.

The jury found that all six (6) of the published statements at issue were materially false—i.e., the sources never told the reporter what she reported them saying. In order to find in Desmond’s favor, the jurors also had to find that there was clear and convincing evidence that the reporter and the N&O either knew the statements were false, or at least had serious doubts about their truthfulness.

The N&O has stood behind the journalist who co-authored the series, saying that its coverage was both accurate and performing a valuable public service.

Forensic experts like Desmond arguably hold more power than the press, especially for individuals facing serious criminal charges. Forensic evidence has the power to prove a person’s guilt or innocence. When the supposedly neutral parties analyzing that evidence ignore information pointing to suspects’ innocence, the effects are predictably catastrophic for those individuals and the justice system as a whole.

The N&O’s series pointed to several wrongful convictions in the last few years that have cost the government millions of dollars in compensation. For the individuals wrongfully convicted, the cost was arguably much higher.

The paper’s executive editor says that after they published the series in 2010, numerous changes were made in how the state crime lab and SBI work.  The N&O has also said that it plan to appeal the verdict.