A recent article in the Charlotte Observer discussed the tragic case of the 2009 accident that left a Winthrop University professor, her two-year-old daughter and an unrelated 13-year-old boy dead.

The accident happened one evening back in April of 2009 when the professor, Cynthia Furr, pulled out into a N.C. 49 intersection. What Furr did not realize is that a Mitsubishi Eclipse that had been street racing another vehicle was currently speeding down the road at more than 100 miles per hour. The Eclipse rear-ended Furr, killing her and her young daughter. The crash also left the passenger in the Eclipse dead. 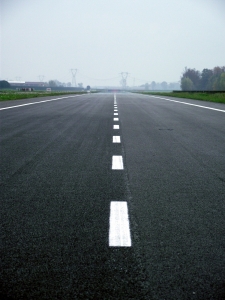 The two 20-somethings who were drag racing have since been charged and are now serving terms in prison for their actions that night. After the criminal trials were over, the families of Furr and the 13-year-old turned their attention to a developer, Crescent Resources, that had promised but failed to install a stop light at the very intersection where Furr was killed.

Back in 2006, Crescent agreed to install a traffic light at the intersection of N.C. 49 and Riverpointe Drive in exchange for zoning approval to construct a large subdivision in the area. Rather than do as it said, the developer dragged its feet, arguing that the traffic volume in the area was not great enough to justify a light. The plaintiffs argued that had there been a light at the intersection, Furr would never have pulled out into oncoming traffic and the driver of the Eclipse would not have had the opportunity to race for so long or build up so much speed.

The developer argued that there was no definitive proof that a light would have prevented the accident, though it did admit to installing a light at that very same intersection only two months after the deadly accident. The jury was unconvinced by the developer’s arguments and ultimately awarded each family $3 million from Crescent. The developer says it will be appealing the decision and has currently asked that the judge who presided over the trial set aside the verdict. The judge has given both sides two weeks to prepare briefs on the issue before he makes his final decision.