Several months ago we told you about the Wild West shootout gone awry at the Ghost Town theme park in Maggie Valley, North Carolina. In that case, an employee, Robert Bradley, was hit by a piece of shrapnel from a shotgun blast during what was supposed to be a stunt demonstration for park goers. The incident required Bradley to visit a hospital for medical treatment and led to an investigation into working conditions at the park by the North Carolina Labor Department. 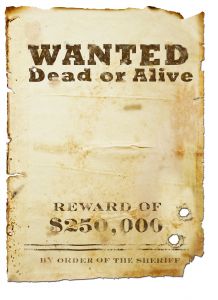 After the accident, Bradley and the other gunslinger involved in the fake fight were fired by Ghost Town. In response to the firing, two other gunfighters walked off the job in protest, claiming that Ghost Town was in the wrong and that there was no reason to fire the two men.

The North Carolina Department of Labor also revealed at the time it was beginning its investigation that there had been a total lack of medical personnel on-site at the time of the accident, something the park is required to provide. The Department of Labor also claims that the first aid available was out of date and that there was no water available to wash the blood off of Bradley’s hands.

The state’s investigation recently concluded and the North Carolina Labor Department decided to fine Ghost Town over the Wild West actor’s injury. Just this week officials with the Labor Department announced a $2,000 fine for the theme park. A spokesperson said the fine was issued because the park failed to provide safe guns for workers.

According to investigators, the theme park provided workers with real weapons but loaded them with blanks. During the show in question three workers were given real .45-caliber revolvers and a real shotgun. Officials with the state’s Department of Labor concluded that this was a risky move and that the workers should have been given guns that were only capable of firing blanks.

Authorities say that Ghost Town now has several options for how to respond to the Department of Labor decision. They can pay the fine, ask for a conference with the Labor Department to discus the issue or dispute the fine. So far Ghost Town has remained silent on the matter.