Charlotte Injury Lawyer Matt Arnold answers the question: “What if I am unable to work following the accident, as a result of my injuries? Will I be able to recover my lost wages?”

Data breaches have, unfortunately, become a far too common occurrence. It seems like every other day the news is reporting some company, big or small, has released sensitive details about its customers. In small breaches, maybe hundreds or thousands of people are impacted. In big ones, millions could find themselves harmed. Recently, the credit-reporting agency Equifax revealed a massive data breach impacting nearly 140 million individuals. The data breach is one of the largest in American history and has already resulted in speculation about the various forms of liability Equifax may soon face. To explore some of the potential causes of action against Equifax, keep reading. 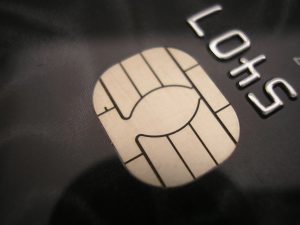 First off, we should provide some background information. According to information released yesterday, Equifax was made aware of a massive data breach exposing personal financial information of more than 130 million customers back in July. Specifically, the breach was made known to the company on July 29th. Despite being aware of the breach for more than a month, Equifax decided to wait until September 7th to release the news, dropping the detail in an 8-K, a required SEC filing.

Since the news became public, Equifax has appeared to make problems for itself even worse. It was revealed that the CFO of Equifax recently sold shares of the company, avoiding the recent punishing decline the stock has taken now that news of the data breach is public. The company also asked its customers to check whether they had been hacked by typing in their social security numbers, a definite no-no in the data protection world.

Equifax now faces problems on several fronts. First, from a governmental perspective, it is possible that the FTC could bring a claim against the company. The reason is that the FTC Act regulates things related to the safeguarding of consumer data and a failure to properly secure the data could be viewed as a violation of the act. If so, then the FTC could bring enforcement action against the company for its failure to properly secure the personal information. Shareholders may also have a claim against the company. By failing to secure data, the shareholders could claim injury due to the tremendous loss in market value that has occurred since the news of the breach became public. Finally, experts say that if it can be determined that the CFO was aware of the breach before he sold his shares, then the SEC could bring charges.

Even more troubling for Equifax is the potential liability associated with claims from customers. The Gramm-Leach-Bliley Act, also known as the Financial Services Modernization Act of 1999, creates a civil cause of action for consumers who have had personal financial information stolen. Already two people in Oregon have sued Equifax and have cited this law as support, claiming the company was negligent in failing to secure their information. Specifically, the plaintiffs blame Equifax for failing to spend enough money to build a security system that would have prevented the breach.

One final bit of outrage was recently revealed. Those customers who go to Equifax for more information about whether they are among the customers whose data was stolen must be mindful not to waive their right to taking any future case to trial. According to a lawyer involved in one of the pending lawsuits against Equifax, the company has included language on its site’s terms and conditions that suggest accessing the website requires customers to agree to arbitration. Given this, customers should be very careful before clicking or agreeing to any clauses on Equifax’s website, as doing so many inadvertently waive important legal rights (Due to public pressure, this agreement to arbitration has recently been removed).

Can A Data Breach Result In A Personal Injury?

Settlement Mills IV: The pros and cons of settlement mills and suggested solutions