Many well-known courtroom battles involving the interplay between the rights of individuals and the government boil down to what a government can legally require a citizen to do and how far it can go in enforcing its power. 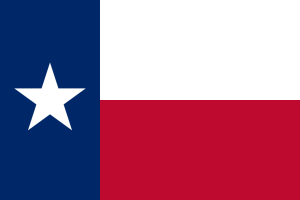 In the debate over the Affordable Care Act, for instance, many citizens and groups who objected to the passage of the law did so on the principle that the Federal Government should not—and does not, consistent with the Constitution—have the power to require citizens to purchase health insurance.

The United States Supreme Court actually rejected the notion that the Federal Government can require an individual to purchase health insurance in a now-famous 2012 decision authored by Chief Justice John Roberts in National Federation of Independent Business et al. v. Sebelius. The high court held, however, that the federal government can use its power to tax citizens to enforce the so-called individual mandate.

That decision was hailed by some as marking the most significant rearrangement of the relationship between the American citizen and one’s government since the passage in the early 1970s of the Controlled Substances Act. Only time—and the regulatory choices of agencies within the Federal Government—will tell if that becomes the case or not.

The case that is before the Supreme Court this week turns the individual-mandate question on its head. The question boils down to what, exactly, a citizen can require a state government to do, and which citizen requests a state can lawfully refuse.

The state in question is Texas. Like many states, Texas offers drivers who register their vehicles in the Lone Star State the option of purchasing specialty license plates, for a price. Texas drivers spent $17.6 million last year alone on specialty plates, which can come with one of 350 specialty designs or messages.

The Sons of Confederate Veterans—a group dedicated to preserving the memory and history of veterans of the Civil War who fought for the American south, known as the Confederacy—asked the Texas Motor Vehicle Board to approve a logo bearing the Confederate battle flag, according to the Daily Mail.

The Board would not approve the logo for use on Texas license plates, arguing that many Texas drivers who saw the logo would consider it to be “a racially charged symbol of repression.”

The group brought suit against the State of Texas, arguing that the state infringed upon its free-speech rights, found in the First Amendment to the Constitution of the United States. The group is, in effect, asking the Federal Government to order Texas to perform an act the state has refused, drawing some unlikely allies to its cause—including the American Civil Liberties Union, anti-abortion groups, and Americans United for the Separation of Church and State. They argue that speech, while offensive, must be tolerated and even “celebrated as a symbol of democratic health,” according to the Daily Mail.