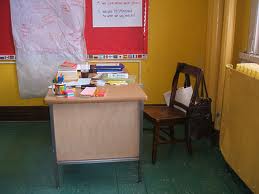 A Charlotte-Mecklenburg Schools principal was found dead while in the midst of an investigation surrounding his involvement with a gun incident according to a report by WCNC.com. Barry Bowe was principal of Northwest School of the Arts. On the day Bowe was scheduled to meet with administrators regarding an incident involving a gun, he failed to show up. When he failed to show up, his colleagues tried to reach him at his home. He did not answer so they sent someone to his house and that is where they discovered his body.

The incident, which precipitated the investigation, began at a school dance. An individual brought a gun to the dance, pulled the gun out on another student and attempted to fire it. Thankfully the gun jammed, though the student ended up being punched in the face. The school district was concerned about the amount of security at the event and that was the subject of the meeting with administrators.

Rumors swirled that Bowe was in some way negligent, but everyone who knew him did not believe he had done anything wrong. His supporters say that he was not in trouble over the incident, but the administrators were concerned and wanted to know how he planned to handle the situation. The president of an association that supports the school, Friends of Northwest School of the Arts, said “To say that he’s negligent in the area of school safety is absurd. There have been much more egregious safety violations at other schools.” They also say that the school’s response to the incident was too harsh and should have been viewed as an incident that was beyond Bowe’s control.

Bowe’s suicide raises a question regarding the liability of school administration when violent crimes or other personal injuries occur on school property during a school-sanctioned activity. If a plaintiff could demonstrate that the school administration somehow breached a duty to the injured party, then the administrators may be liable for simple negligence. To prevail on the simple negligence claim, the plaintiff would have to establish the prima facie case for negligence, which is a duty owed to the injured party, a breach of that duty, that the breach caused the injury and that damage was suffered. If the plaintiff can establish those elements, then it is up to the defendant, in this case the school administration, to mount a defense to the negligence action.

School administrations have significant resources at their disposal and have the ability to mount a vigorous defense against any lawsuit. As such, any individual wishing to take on an entire government agency should have the assistance of the services of a skilled Charlotte personal injury attorney. If you are ever in need of the services of a Charlotte injury attorney, do not hesitate contact Arnold & Smith, PLLC at 704-370-2828 for a free consultation.