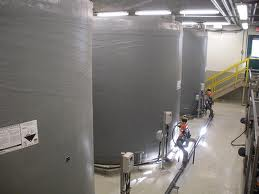 According to a recent report by the Charlotte Observer, a Charlotte construction company is now facing a lawsuit in connection with the deaths of two employees at a Tennessee wastewater facility. The accident happened back in April of 2011. Two employees of the Veolia Water North America plant, John Eslinger and Don Storey were killed when the wall of the equalization basin suddenly collapsed against the pressure of heavy rain. The wall fell onto the top of the building that Eslinger and Storey were in at the time. According to plant officials, Eslinger and Storey were in the process of making adjustments to valves to deal with the heavy downpour that had recently happened.

The equalization basin was actually built by Crowder Construction. The suit is alleging that the both the design and the construction of the basis were defective. A state inspection in October revealed that there were not safety violations at the plant and the lawsuit is not alleging that there was negligence on the part of the plant itself. Instead the suit is claiming that the engineers who built the basin and the construction who fabricated the basin did so in a manner that was defective. The suit also claims that the wall should have been modified because it was deficient, but it was not. After the original wall of the basin was completed in 1996, it failed under stress in 1997. Subsequent to that failure, a portion of the basin wall had to be rebuilt, which was a contributing factor to the failure in 2011. The suits seek $17 million in damages each.

Another man was killed at the plant while working on the demolition of the deficient wall. Michael Wells was killed when he was hit from behind by a chunk of rock or dirt that fell from an earthen wall behind him. The Eslinger and Storey suits were filed just one day after Wells died.

The Eslinger and Storey attorneys face the difficult task of proving that a product that was designed and fabricated was done so in a defective manner. Both families were wise to hire attorneys to assist them in proving that the construction company and the design firm were at fault. This type of litigation is time-consuming and expensive. It is imperative that an experienced personal injury lawyer handle such a complicated matter. If you or someone you know require the assistance of a Charlotte personal injury attorney, please call Arnold & Smith, PLLC toll-free for a free consultation at 704-370-2828.