Attorney Matthew R. Arnold answering the question: “What if the accident was my fault?”

According to North Carolina law enforcement officials, a retired minister was likely suffering from health problems and was confused at the time of his recent deadly interstate crash outside of Asheville, NC. Officials say that 63-year-old Dennis Tornquist died when his car collided head-on with the car driven by 61-year-old Fred King on I-26 late last month. 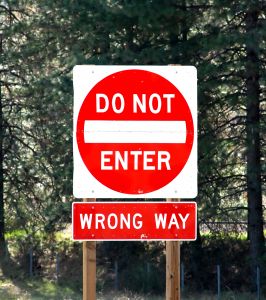 The terrible accident took place at 3:25 a.m. and occurred near the Brevard Road exit. Police say that Tornquist, in his Honda Civic, was heading west in the eastbound lanes of I-26 when he collided with King’s eastbound Chevy Tahoe. The force of the head-on collision was intense and it left both men dead at the scene of the accident. Before coming to a stop after hitting King’s vehicle, police say Tornquist grazed a tractor-trailer driven by a Tennessee trucker, causing relatively minor damage.

Tornquist’s family says the man had suffered a series of heart attacks and strokes that caused brain damage and frequently resulted in confusion. Police say they are continuing to investigate the crash and that they are looking into reports of Tornquist’s previous health problems as a potential cause.

The crash stands as a tragic reminder of the dangers of wrong-way driving, a problem that impacts drivers across the country far more often than many people might imagine. As most people would expect, such wrong-way accidents are incredibly deadly; in fact, more than 20 percent of wrong-way crashes are fatal while 50 percent result in serious or debilitating injuries. This is vastly higher than other categories of accidents, especially when compared to .3 percent fatality rate for other highway accidents.

Texas transportation officials studied how such wrong-way collisions take place and found that in most cases wrong-way drivers get on the interstate by using an exit ramp, something that police say happened in this case. In North Carolina, all ramps to the interstate are well marked and include plenty of warnings saying that a driver is headed the wrong way. Sadly, these warnings are not always enough to prevent disaster.

A recent study commissioned by the NTSB noted that 360 people die each year due to drivers heading the wrong way on U.S. roads. Of those involved in such wrong-way collisions, a study found that an astounding 69% of the drivers responsible for the accident had blood alcohol concentrations above the legal limit. Though that does not appear to have happened in this case, the fact that drunk driving is so often to blame for such problems reveals just how badly alcohol can impair a person’s ability to safely operate a vehicle.

“2 dead in I-26 accident in Asheville,” by Sabian Warren, published at Citizen-Times.