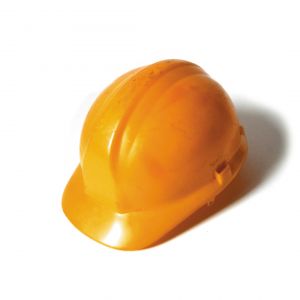 According to preliminary figures released by the state’s Department of Labor, workplace fatalities dropped by 34% in 2012. This translates to 35 workplace fatalities in 2012 versus the 53 that were seen in 2011. Though the recent drop is certainly good news, it’s being measured against the 2011 number which represented a five-year peak in workplace deaths.

The North Carolina Department of Labor is crediting a recent enforcement push for the reduction in deaths. They say that by policing employers more carefully they have helped contribute to greater workplace safety in the state. The state’s Occupational Safety and Health Division has taken what it calls a “proactive approach” to help avoid injuries and fatalities in workplaces across the state, specifically by partnering with employers in especially hazardous industries.

The agency has reached out to employers and employees and used a system of hazard alerts, publishing safety guides and printing posters to help alert workers to possible dangers in their place of business. The latest injury and illness rate information points to an all time low of 3.1 per 100 full-time workers. Given the latest information, North Carolina is expected to rank in the top 10 safest states to work this year.

Problems with workers being hit by various objects, most often trees, vehicles and other heavy equipment, continued despite the Department of Labor’s efforts. Fourteen people died from being struck by various things, amounting to the leading cause of death among people at work in the state. Other major causes of death among workers in North Carolina were falls and electrocution.

Across the state, the three places with the highest numbers of on-the-job deaths were Mecklenburg, Wake and Gaston counties. Each was tied with most number of deaths, three each, this despite that fact that Mecklenburg and Wake counties are several times larger in terms of population than Gaston County. For residents in the rest of the state it was generally good news, as 75 out of 100 counties reported zero on-the-job fatalities in 2012.

If you, or someone you know, have any questions regarding workers’ compensation claims, please feel free to contact the experienced workers’ comp lawyers and attorneys in Charlotte, North Carolina at Arnold & Smith, PLLC for a free consultation. Call at 704-370-2828.