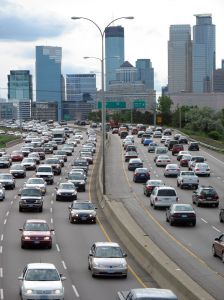 According to WCNC, commuters in Charlotte, NC had a rough morning as a major truck fire on Interstate 77 and a multi-vehicle accident on Interstate 85 caused major delays for the early commute.
The television station reported that a truck caught fire on I-77 north near Nations Ford Road which briefly blocked all lanes and caused major delays. Emergency crews quickly put the fire out and thankfully no one suffered injuries.
However, a multi-vehicle accident across town on I-85 near Gastonia reportedly left some of the drivers with injuries. Traffic was backed up for miles past the accident scene near the Cox Road interchange. Given how recent the accident was the North Carolina Highway Patrol has not yet specified what injuries occurred as a result of the wreck.

Though the cause of the multiple car crash has yet to be determined, rushed morning commuters with a million distractions could be to blame. Taking your attention away from the road for even a second can lead to catastrophe. Busy North Carolinians heading to work may not think flipping radio stations, putting on their makeup, checking their email or replying to a text is a big deal. As experienced North Carolina car accident attorneys, we know just how serious such distractions can be. We’ve worked with victims of such accidents and helped them file claims to ensure they received the compensation they deserved. Those injured in the recent crash should consult with a North Carolina personal injury attorney to discuss what legal options may be available to them.

If you, or someone you know, have any questions regarding personal injury claims, please feel free to contact the experienced car wreck lawyers in Charlotte, North Carolina at Arnold & Smith, PLLC for a free consultation. Call at 704-370-2828.