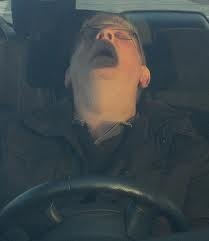 According to a recent report by the Charlotte Observer, a factor often forgotten in discussions of the increasing number of trucking deaths is sleep apnea.

One top sleep expert said that drowsy driving kills more people each year on the road than distracted driving. Dr. Charles Czeisler of Harvard University Medical School says that while sleep apnea gets little attention in the media it is actually responsible for one in five crashes.

Sleep apnea occurs when a person ceases breathing during sleep. These interruptions disrupt deep sleep and lead to prolonged periods of sleepiness during the day. While treatment is easy with a breathing machine, the problem is that nearly 85% of cases go undiagnosed. Some commercial drivers are afraid of losing their jobs if they identify themselves as suffering from the disorder while others want to avoid paying for expensive diagnostic tests.

The results of this failure to treat weary drivers can be devastating. The number of people who died in commercial truck crashes saw another year of increases, now at nearly 4,000 last year, according to the Federal Motor Carrier Safety Administrator.

Just this summer in Anderson, South Carolina a semi jackknifed and crossed the median on I-85, killing the driver and two others, 38-year-old truck driver Clay LeShawn Johnson of Charlotte and attorney Jeremy Scott Wilson, 33. In that crash the coroner found that the truck driver, Eddie Wyatt, 69, suffered from sleep apnea and had only recently returned to work.

Again on October 13, 2011, along I-85 in Gastonia, one tractor-trailer slammed into the back of another, killing one driver. Gastonia Police released the accident report just this week, saying the surviving driver was travelling only 32 mph in the left lane when he was struck at 1:47 am, killing the oncoming driver. The company that operated the slow-moving truck, Saga Freight Logistics of Brownsville, Texas, received 64 fatigue-related violations in the last two years alone.

The Federal Motor Carrier Safety Administration has tried to reduce driver fatigue by limiting hours of service to 11 hours each day. They have proposed that this decrease even further to 10 per day to allow the opportunity for more rest. The problem is that those with sleep apnea, due to the nature of the disorder, can spend a full eight hours in bed and get back behind the wheel as sleepy as if they got only a few hours of sleep.

A panel advising the Federal Motor Carrier Safety Administration is considering a recommendation that the DOT ask medical examiners to screen severely obese truckers for sleep apnea before giving them a biannual medical certificate allowing them to drive.

If you’ve been injured in a trucking accident and need a Charlotte personal injury attorney to fight for you, please do not hesitate to call (704) 370-2828 for a free consultation today.

2 Injured in a Car Accident in Charlotte, North Carolina

Teen dies in Motorcycle Accident Outside of Charlotte, North Carolina