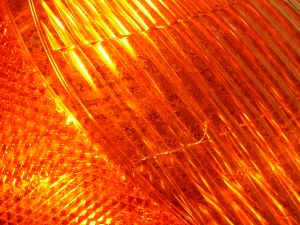 In driver’s ed most of us learned to follow a few simple rules before changing lanes: turn on your blinker, check your mirrors and check your blind spot. Only after these had been done is it safe to change lanes.

According to a new study by the Society of Automotive Engineers discussed on MSNBC.com, almost half of all drivers are getting that first, and arguably most crucial step, wrong. The study found that, when changing lanes, 48% of drivers either fail to engage their turn signals or forget to turn them off. When turning, the error rate drops considerably but still remains at a surprisingly high 25%.

Whatever the reason, forgetfulness, laziness or poor driver’s education, the signal errors are having a major impact on driving safety. According to the study, improper blinker use causes roughly 2 million traffic accidents every year. By comparison, distracted driving causes around 950,000 crashes each year.

Drivers who fail to use their turn signals properly might not think their mistake is a big deal, but the fact is that such a slip up puts everyone else on the road at risk. Even if an accident does not happen, drivers could still run into trouble with the law. After all, failing to signal a turn or a lane change is a crime and is treated as severely as speeding or running a red light.

The people at the Society of Automotive Engineers have come up with a novel and potentially useful solution to the problem. It’s called the “Smart Turn Signal,” the group claims it can go a long way to reducing the rate of car accidents across the nation’s roadways.

The “Smart Turn Signal” would automatically shut off a signal once a certain amount of time had passed. The device is also capable of being programmed to automatically turn off after detecting a lane change. Such a feature is similar to what happens now after drivers complete a turn.

The Smart Turn Signal would also be able to recognize when drivers make a habit of ignoring their turn signals. In that case the device would flash a gentle reminder light, something akin to the ones that alert drivers who aren’t wearing their seatbelts. Currently the device is still being tweaked.