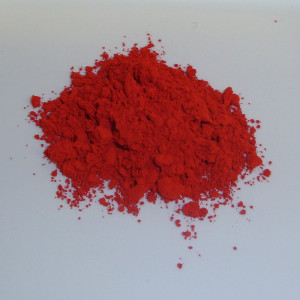 The company that makes Palcohol—Lipsmark—says it designed the powdered alcohol product to make it easier for people on the go to “enjoy a refreshing adult beverage” without having to lug around heavy bottles of beer, liquor or wine.

The Baltimore Sun asked its readers to imagine children snorting the powder, eating it like Pixy Stix, adding it to their food, or sneaking it into schools or stadiums. The Sun called the product “essentially alcoholic Kool-Aid.”

The Alcohol and Tobacco Tax and Trade Bureau approved the product for sale in the United States, but even before the product’s approval by federal bureaucrats, state officials made a rush to ban the product in their jurisdictions. According to the Sun, Alaska, Louisiana, South Carolina, Vermont and Virginia all banned Palcohol before its approval, “and at least 23 other states are considering legislative bans.”

Politicians in Michigan recently unveiled a bill that would ban the sale and possession of powdered alcohol in Michigan. That bill enjoys bipartisan support. Allegan County Sheriff Blaine Koops, who supports a ban, said “This is probably the most reckless and dangerous product that I’ve seen introduced in my tenure as a public safety officer. There’s no redeeming quality for this product.”

Lipsmark has dismissed those claims, responding that liquid alcohol is “easier to conceal, easier” to use to spike drinks, easier to use to binge drink and less expensive. Furthermore, given the relative alcohol content in Palcohol, a binge-drinker would find liquid alcohol to be a much more economical choice—and one that packs a more powerful punch.

As for snorting Palcohol, kids as well as adults could snort just about anything. The real question is, why would someone want to snort Palcohol? To get drunk, no doubt, but that game has been tested, and snorting the product appears to lead to nothing more (or less) than a bloody nose and a headache.

Nevertheless, writing in the Sun, Drs. Richard Bruno and Leana S. Wen acknowledge some criticism of a ban on powdered alcohol “as limiting personal choice,” but they argue that since governments have already made a track record of banning “alcoholic energy drinks and candy-flavored cigarettes,” a Palcohol ban should be prescribed “in every state in order to ensure that our children are not recklessly exposed to dangerous products.”

The head of North Carolina’s Alcoholic Beverage Control Commission has asked lawmakers to ban Palcohol in the Tar Heel State, citing—of course—the children, etc. Mark Phillips, president of the Arizona-based Lipsmark, told WRAL that “no one wants a nanny state telling its citizens what they can and cannot drink.”

Writing in the Sun last month, Phillips responded to criticism of his company’s product by alleging that the push to ban Palcohol is more “about the liquor companies protecting their market share and profits” than about public-safety concerns.