Attorney Matthew R. Arnold answering the question: “Do I have to sign a release allowing the insurance company to get my medical records?”

A recent Pennsylvania medical malpractice case involved a detour into the controversial subject of same-sex relationships and whether same-sex couples, who cannot legally marry in the state, have the right to make a claim for loss of consortium. 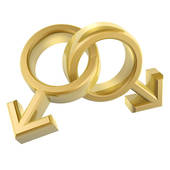 A judge in Philadelphia this week decided to throw out the loss of consortium claim by the same-sex couple in a medical malpractice suit filed against Temple University Hospital. The order comes as many groups, including the ACLU, are actively pushing forward a variety of cases challenging existing rights for same-sex couples.

In the case, Tammy and Jesseca Wolf have argued that denying Tammy’s claim for loss of consortium based on her gender violates the Pennsylvania Constitution’s right to equal protection. Loss of consortium is a category of damages that is awarded for the loss of family or marital companionship caused by another person’s wrongful or negligent acts. Generally, in North Carolina and other states that allow such claims, this loss can only be brought forward by married couples.

The Wolfs responded, arguing that courts should extend loss of consortium rights to same-sex couples who hold themselves out as married given that current state law does not permit a legal marriage. The complaint laid out how Tammy and Jesseca have had two children together and have been in a committed relationship for more than 10 years. The two share a house, share expenses and rely on one another for assistance and support, all things that the law would typically agree warrant consortium damages. Furthermore, the two have held themselves out publicly as married, living together since 1998, exchanging rings in a private ceremony in 2004 and finally filing domestic partnership papers in 2007.

Ultimately the judge agreed with Temple’s argument. Experts say the judge’s hands were tied given that precedent established in appellate courts binds lower courts. Because there was no precedent for allowing same-sex couples to make a loss of consortium claim, the judge had little basis to decide otherwise. It’s likely given North Carolina’s laws that judges in the state would reach a similar conclusion, but the case does represent an interesting development in the personal injury world.