One woman from Atlanta learned first hand just how dangerous smoking could be. Though the case of Elizabeth Wilkowski is different than you might be expecting given that the danger she saw was not due to lung cancer or other conditions related to cigarette smoking. In her case, an e-cigarette she had been using to cut back on the real stuff exploded and lit a large portion of her living room on fire. 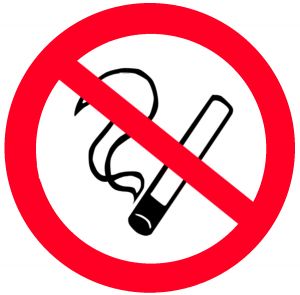 The wild case has received national attention after Wilkowski says she had her eHit electronic cigarette plugged into her computer’s USB port to charge. While plugged in, the device suddenly, and without warning, began shooting flames across the living room, burning a hole in her carpet and sofa. Wilkowski was quick on her feet and moved her pets away from the area while wrapping her hand in a nearby towel so that she could get close enough to the computer to unplug the faulty device.

Wilkowski said once she had unplugged it from the computer the flames finally abated. She has since contacted the store where she purchased the e-cigarette and informed the owners of the incident. The store says it has pulled all eHits off its shelves. A company known as Shenzhen Seego Technology makes the cigarette in China.

While Wilkowski learned a valuable lesson about the dangers lurking in supposedly safe e-cigarettes, the industry is a massive one with more than three million such devices on the market today. Though no one believes exploding cigarettes are common, there have been more disturbing incidents than many people may realize.

Within only the last few months, stories of fires started by exploding e-cigarettes have been reported in California, Oklahoma, Arizona and Florida. Several people say that their houses nearly burned down due to battery explosions that occurred while their electronic cigarettes were charging.

In an even more harrowing instance, a man in Florida was seriously injured after his e-cigarette exploded in his face. The man had pulled the cigarette to his mouth to smoke when the battery exploded, knocking out several teeth, cutting his face and burning his mouth and tongue so severely that portions had to be removed by doctors. Emergency responders say that the incident was caused by a faulty battery in his e-cigarette, something that the manufacturer had failed to warn consumers about. Given that there are millions of e-cigarettes on the market it is critical that manufacturers and consumer safety agencies do their jobs and issue recalls alerting unsuspecting users about potentially grave harms that could result from the explosion of faulty batteries.