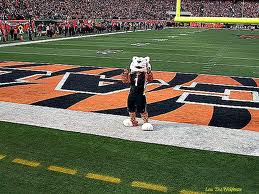 Former NFL player Chris Henry’s estate sued his former fiancée claiming she was negligent and as a result was responsible for the untimely death Henry. According to a recent report by News.Cincinatti.com, the estate of Chris Henry has alleged that Loleini Tonga is civilly liable for the wrongful death of Henry, along with her mother Ofu Tonga. However, lawyers for the estate claim that the purpose of the suit is to reach the insurance providers of both defendants. It is not the intention of the estate to take money from Henry’s children’s mother, but for the insurance companies to pay their fair share of the costs of liability.

The lawsuit claims that Tonga drove negligently after she and Henry got into an argument. Henry and Tonga got into a verbal altercation while at Tonga’s North Carolina home and afterwards Tonga got into a pickup truck and attempted to drive away. Henry was there recovering from an injury.

As a result, the suit claims that Henry’s children “have lost the reasonably expected net income that he would have provided as a player in the National Football League.” As recently as 2009 Henry earned $625,980, according to a database of NFL player salaries. The estate is seeking an unspecified amount greater than $10,000 in damages as well as money to cover the funeral expenses and the medical bills.

The attorneys at Arnold & Smith, PLLC are experienced in wrongful death lawsuits just like this one. If you or someone you know find yourself in need of the services of a Charlotte personal injury lawyer please do not hesitate to contact Arnold & Smith, PLLC for a free consultation at 704-370-2828.