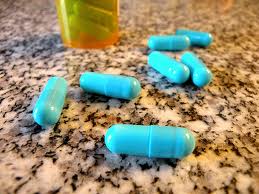 According to a recent report in the Charlotte Observer, the federal government has responded to a lawsuit filed by the victims of a STD experiment by not responding. Federal researchers performed experimental research in the 1940s on Guatemalans to test the effects of penicillin. The experiment allowed prostitutes, prisoners, and patients in mental institutions to be exposed to sexually transmitted diseases and then be treated with the antibiotic penicillin to determine its effects. However, the subjects of the experiment did not consent to being exposed to these dangerous diseases.

The survivors have filed a federal lawsuit, but the Justice Department said that the researchers were federal employees and thus invoked the doctrine of sovereign immunity, meaning that the government cannot be named as a defendant unless it consents to being sued. The government has the benefit of being protected by the Federal Tort Claims Act. That law prevents the United States from being sued for acts that took place in a foreign nation. The President, Secretary of State, and the Health and Human Services Secretary have all issued an apology on behalf of the actions of the government during that time and have all acknowledged that the experiments are “a deeply troubling chapter in our nation’s history.”

Even though the government acknowledges how terrible the researcher’s actions were, the government believes that a lawsuit is not the proper avenue for the victims to receive a remedy. The attorney for the plaintiffs is of course in opposition to the federal government’s position. “We will continue to vigorously fight for the rights of the Guatemalans wronged in this matter to obtain a remedy for the harms done by U.S. officials,” plaintiffs’ attorney Terrence Collingsworth said in response to the filing. “But we remain open to the United States deciding to do the right thing, consistent with long-established human rights law and basic morality.”

The Guatemalan president is in favor of the government compensating the Guatemalan victims, but the lawsuit also seeks compensation for the heirs of the victims. Requests for alternative means of finding a remedy for the victims fell on deaf ears at the Justice Department and that resulted in the plaintiffs filing the lawsuit.

These kinds of lawsuits should only be handled by competent attorneys who are experienced in complex litigation matters. If you or someone you know has been injured in any way and requires the assistance of a Charlotte personal injury lawyer, contact Arnold & Smith, PLLC today for a free consultation at 704-370-2828.