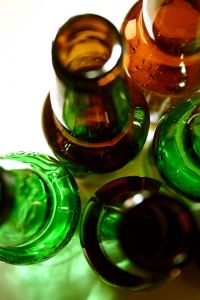 A heartbreaking drunk driving crash in Charlotte, NC that severely injured a young couple and killed their unborn child and the drunk driver shed light a law that is meant to prevent bars and restaurants from serving alcohol to already intoxicated customers.

The innocent North Carolina couple was driving home in October of 2010 when police say a drunk driver with a blood alcohol level more than three times the legal limit crashed into them going more than 100 miles per hour. The drunk driver had just left a bar in south Charlotte where he had been served at least 10 drinks.

The couple spent more than a month in the hospital and the wife lost the baby and more than 40% of her own blood. Extensive surgery was required for both the husband and wife in addition to many months of rehabilitation after the accident.

Earlier this month a jury in Charlotte returned a $1.7 million verdict against the bar, finding that the restaurant was negligent in serving alcohol to a person it should have known was drunk. Though the bar has not been found criminally liable, saying an investigation by the Mecklenburg County Alcoholic Beverage Control Board found that the bar had not served alcohol to the drunk driver after he was “visibly intoxicated,” the civil standard is less stringent.

The innocent couple sued the bar under North Carolina’s law that makes establishments that serve alcohol to obviously drunk or underage customers who then cause death or injury to others liable. The laws, known as dram shop laws, are on the books in all but seven states. Some have criticized the North Carolina law for being vague; not specifying exactly what owners of such establishments should do to ensure they are not liable for the actions of their patrons.

Others say that dram shop laws like the ones in North Carolina are important because they encourage restaurants and bars to be responsible when serving alcohol. The laws also provide an avenue for compensation for victims of drunk driving who are left with a tremendous financial burden following a death or serious injury.

If you, or someone you know, have any questions regarding personal injury claims, it is best to contact experienced Charlotte, North Carolina wrongful death lawyers like those at Arnold & Smith, PLLC. For a free consultation, call at 704-370-2828.