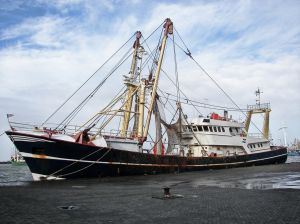 A recent report issued by the U.S. Centers for Disease Control and Prevention named an industry popular in North Carolina the most dangerous occupation in the country.

The report, part of the CDC’s Morbidity and Mortality assessment, said that the commercial fishing industry has the highest occupational fatality rate in the U.S. The numbers are so astounding that those in the commercial fishing business have death rates 35 times higher than the rate for an ordinary U.S. worker.

Between 2000 and 2009 a total of 504 commercial fishermen were killed on the job. Of this number, 51% died by drowning due to the sinking of their vessels. Thirty percent of commercial fishing deaths were from falls overboard and another 10% occurred due to injuries sustained on-board fishing boats.

These on-board injuries are the ones that most commonly impact workers from North Carolina. According to the report, common on-board injuries include entanglement in machinery while using winches. Use of these winches occurs most frequently in the Southern United States on vessels used to haul in shrimp.

The CDC specifically explored the Southern shrimp fleet and found that in the past decade eight people died and another 27 were serious injured in work-related accidents that involved on-board winches. The Southern shrimp fleet is based primarily in the Gulf of Mexico, but has another major location off the Atlantic coast of North Carolina and employees hundreds of North Carolina fishermen.

The CDC’s report suggested that fatal accidents occurred most commonly in cases where workers were left alone on a boat or alone on deck. Commercial fishermen need to take special care given the extreme danger presented by their job to follow all safety procedures. Also, making sure that others are around, especially when engaged in work on deck, is critical to ensure that someone is nearby to help should an accident occur. After all, no job is work sacrificing your life.